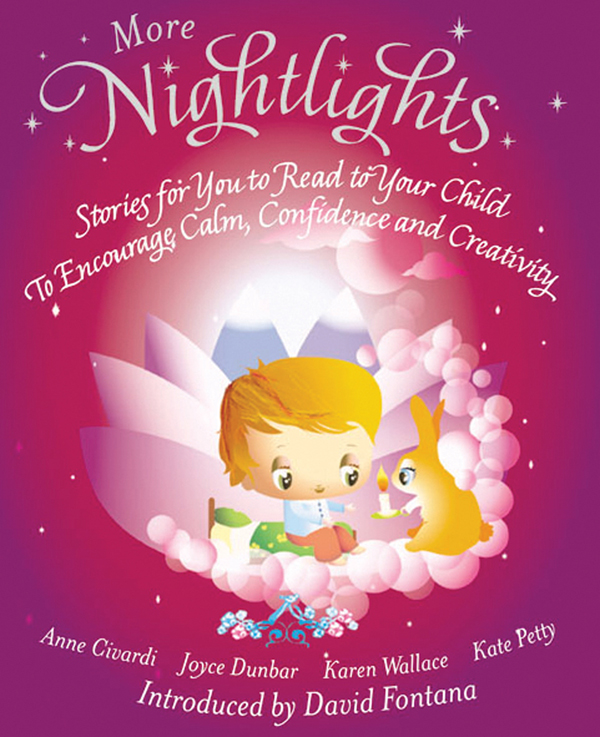 by Anne Civardi, Joyce Dunbar, Kate Petty, Karen Wallace & David Fontana
More Nightlights is the long-awaited follow-up to the hugely successful Nightlights, once again bringing the benefits of meditation to a whole new generation – your children. Twenty enchanting tales, each illustrated with a magical artwork, allow you to bond with your child and together discover each story’s message. Reading the stories aloud at bedtime, you will:

Professor David Fontana, who contributes an introductory Background for Parents, is a world authority on meditation and child psychology, as well as parenting. His many books have been translated into more than twenty-five languages. The stories themselves have been written by four leading storytellers:

Anne Civardi has worked in publishing for many years and has written and edited more than forty books for children, both fiction and non-fiction.

Joyce Dunbar is a bestselling children’s author. She has written more than sixty books for children including the Mouse and Mole stories, which have been animated for television.

Kate Petty has been writing children’s books for more than twenty years. Her books were shortlisted for The Children’s Book Award in 2000 and 2001.

Karen Wallace has written more than ninety books for children. She also writes for children’s television and was part of the team that won a BAFTA award in 2001 the The Hoobs series.