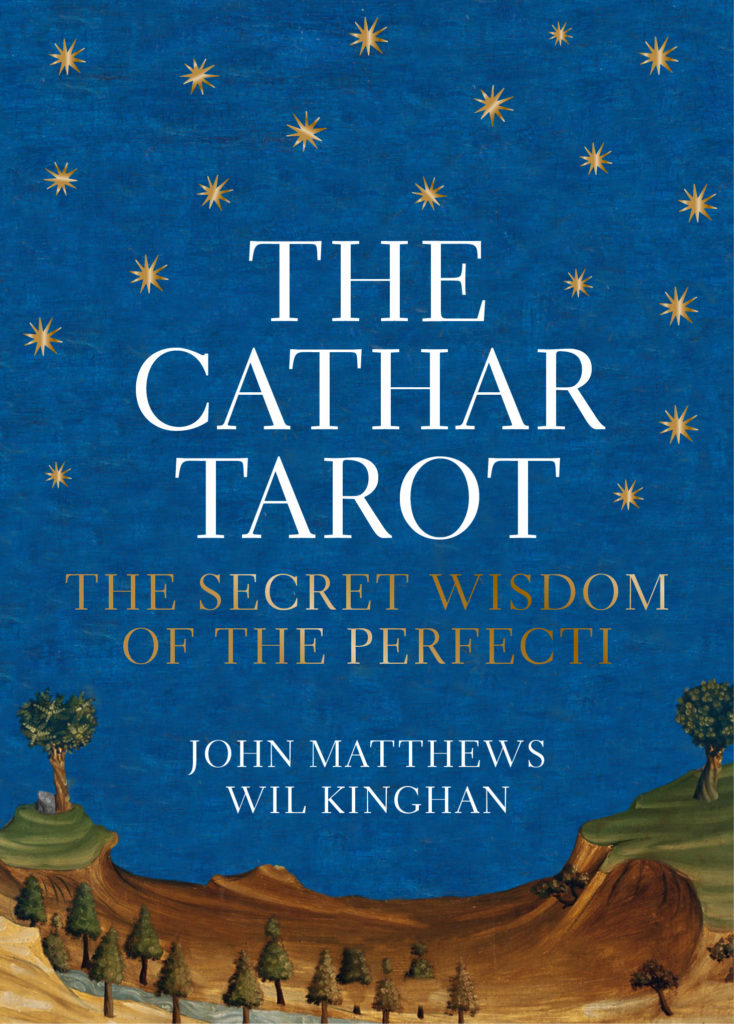 The Secret Wisdom of the Perfecti.

The Cathar Tarot is a living Book of Images. It takes as its starting point the beliefs of the Cathars, which were in turn founded on the ancient belief system known as Gnosticism. Building on this, and drawing on a wide knowledge of Grail symbolism, the successful team of author John Matthews and artist Wil Kinghan have created a unique system that reflects the personal journey of the Seeker from that of Believer (Postulant) to Parfait (Perfected One) through his or her encounter with the archetypes whose mysterious presences lay behind the spiritual beliefs of the Cathar order. Though the pack follows the basic outlines of the traditional Tarot, many of the original archetypes have been replaced with those drawn from Cathar belief. The Cathars saw all life as initiatic journey and for the modern user this pack uniquely outlines such a journey – upon which all are engaged – which takes us from the depths to the heights of personal spirituality, via a range of human experiences with which we can all resonate. Included in the accompanying book is a brief overview of Cathar history, doctrine and belief, background information on the archetypal imagery of the cards, and three new spreads: The Cathar Cross, The Quadriga and The Consolomentum, each of which draws on Cathar tradition and reflects the underlying spiritual truth of the group.

John Matthews is the New York Times bestselling author of several successful divinatory systems based on early spiritual beliefs – including the best selling Arthurian Tarot (with Caitlin Matthews), The Wildwood Tarot (with Mark Ryan) and the recent Byzantine Tarot (with Cilla Conway). He is widely known as the author of books on the Grail and Arthurian legends. Wil Kinghan is a writer, artist and explorer of the Celtic traditions. He studied Archeology at University College Dublin and Environmental Design at NCAD before working in advertising and commercial television. His successful partnership with John Matthews has included The Lost Tarot of Nostradamus, The Oracle of John Dee and The Steampunk Tarot.