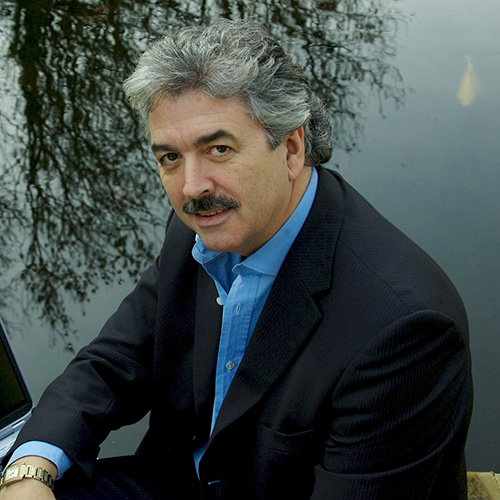 Dominic O’Brien is an eight-times World-Memory Champion. His world beating memory feats include memorising the order of 54 shuffled decks of playing cards – after just a single sighting of each card.

Did you know that 8-times world memory champion, bestselling author of 13 books, corporate trainer and speaker. Dominic O’Brien once memorised 54 decks of cards after just a single-sighting of each card?

He has set and broken Guinness world records, and appeared on How Do They Do That?, Oprah, You Bet, Guinness World of Records, Sky News, Discovery Channel, Tomorrows World, and Record Breakers.

He’s also not a good opponent for a game of Trivial Pursuit, as he once memorised all the questions and answers!

Dominic himself was no star pupil at school – as a student, he was diagnosed with dyslexia, and had difficulty reading and writing. But at the age of 30, he started training his brain, and has established himself as a memory expert and consultant.

Dominic has written more than a dozen books and courses on Memory, which have sold in their millions and been translated into over twenty foreign languages. His latest books, “How to Develop A Brilliant Memory – Week by Week” and “You Can Have An Amazing Memory” are best-sellers.