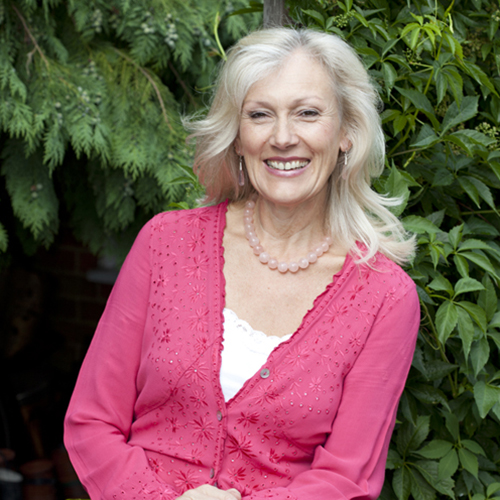 Chrissie’s Grammar School education ended at the age of fifteen when her working life started in a Travel Agency with her mother and step-father in a small town in northern England but by the age of seventeen it was obvious that she was a ‘free’ spirit and leaving home followed a dream that took her to London. There she trained at the Royal Free Hospital as an SRN (1975-78) where once qualified as a staff nurse worked in A&E, and loved it.

Moving to Woman’s Own magazine Chrissie worked along side Medical Agony Aunt Claire Raynor answering medical issues for the problem page crew for a while but returned to the travel world and PR for five years with an International airline.

Once her two children were born Chrissie returned to nursing as part time practice nurse in a very busy surgery in East London until her husband’s transport business expanded and her full time assistance was needed there. In 1997 Chrissie went back to nursing for the third time, as a senior nurse in a private nursing home, and also in St Joseph’s Hospice Hackney (as a ‘bank’ staff nurse) enjoying the rewarding work of palliative care.

It wasn’t until she was in her 40s, and following the divine guidance of angels in her own spiritual life, that Chrissie returned to university as a mature student where she studied many aspects of belief, both human and Divine, including Mysticism and Angelology and gained a BA Honours degree in Comparative Religion (School of Oriental & African Studies/London University). She then went on to study further for Masters level qualifications and was awarded Post Graduate certificates in Teaching in Lifelong Learning (Birkbeck University of London) and Spiritual Development & Facilitation (University of Surrey-Guildford). It was this period of intense study, combined with divine inspiration and guidance that lead her to start writing books and courses and to embark on her quest to teach others.

As a student of comparative religion Chrissie is keen to trace the origins of the strong thread of divine love which she believes binds us all in spirit. Having worked as a registered nurse specialising in the care of the elderly and dying, she has come to know the profound effect of the healing and loving energy of angels. She feels privileged to have found her true path and enjoys sharing it with like-minded people along the way. To this end Chrissie has trained and become an experienced workshop facilitator and provides guidance for those eager to find out more. With the desire to connect seekers with their own guardian angel she travels extensively and her individual and enthusiastic approach has become a popular source of inspiration at workshops throughout the UK.
Angel programmes have become popular viewing and Chrissie has been a regular guest, appearing on BBC’s Kilroy “I believe in Angels”, ITV’s Christmas special “Angels are Everywhere”, BBC’s Everyman documentary on Angels and as a guest speaker on radio chat shows including BBC Belfast, U105, BlogTalk Radio and BBC radio’s World Service on the subject of Guardian Angels.

Travelling around the UK over the last few years Chrissie has brought the message of angelic love and healing to thousands, and has taught successful courses on the many varied aspects of spirituality in today’s world. She also sees clients on a one-to-one basis offering advice and healing, helping people to find their way through the confusion of spiritual beliefs available, and is also training others to become Angel Workshop Facilitators themselves.