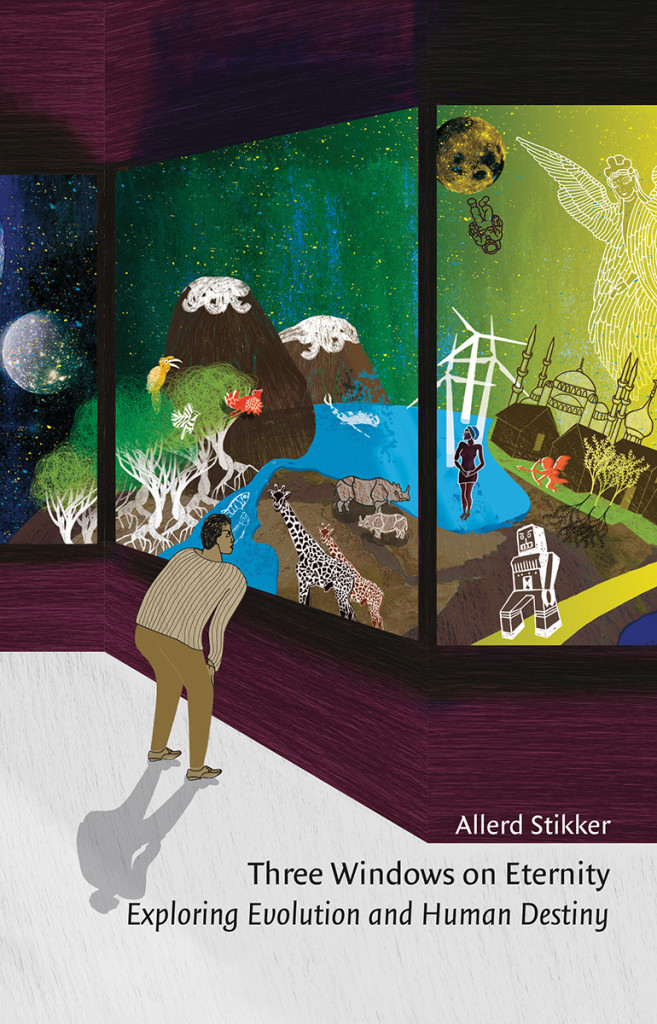 SKU: 9781780285962 Categories: All Books, Science, Spiritual Thought and Practice Tags: allerd stikker, human evolution, noetic science, science and spirituality, three windows on eternity, what does the future hold, where are we going

Three Windows on Eternity is an exploratory voyage past the frontiers of our knowledge and scientific understanding. It has led the author to inspirational insights about the role of the individual human being in the current phase of the evolutionary process.

The author takes the reader on a journey through evolution from the Big Bang to the 21st century. Based on scientific research and personal observation, he argues and concludes that of the 13.5 billion years of evolution, the first 10 billion years, a so-called inorganic evolutionary period lasting from the Big Bang until the emergence of life, was irrefutably governed by a magnificent design. By ‘design’ he does not mean ‘intelligent’ design but a state resulting from the eight fundamental constants of nature that emerged in the first nanoseconds following the birth of the universe. That state is a question of personal interpretation, inspired by religious belief or otherwise.

The story of evolution presented in this book can raise awareness and inspiration in today’s younger generations as they try to realize a controlled transition within the next 25 years, thus avoiding an uncontrolled overshoot/collapse scenario.

In this respect, we are playing with time. The author is convinced that many young people who will populate the world in that period are keen to learn from the new story of evolution and are eager to act and contribute to a constructive new phase in that evolution in the 21st century.