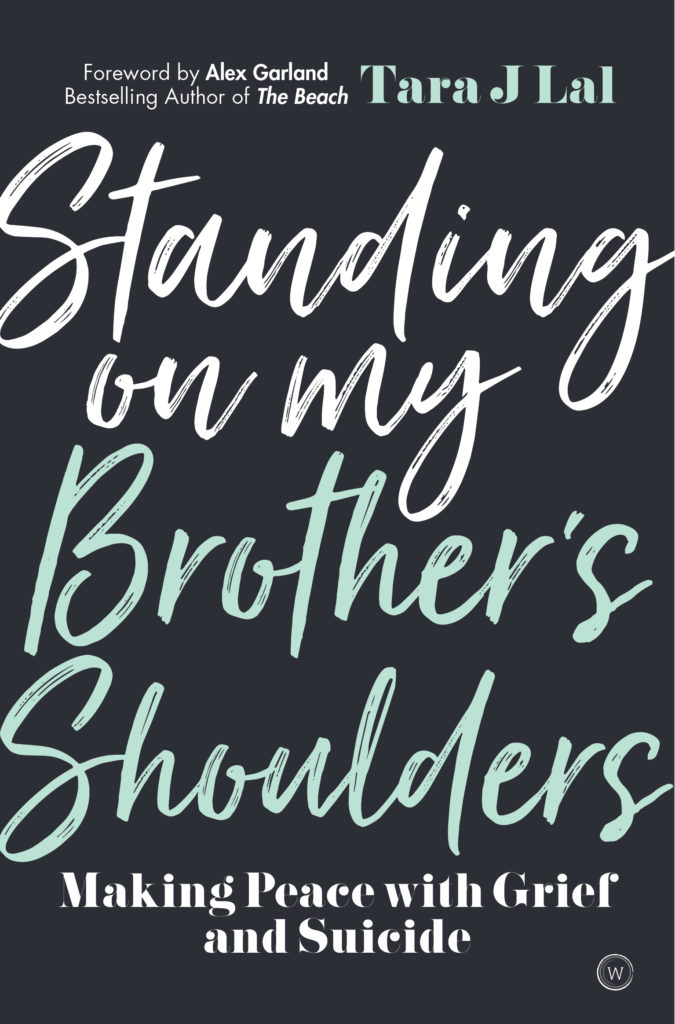 Standing on my Brother's Shoulders: Making Peace with Grief and Suicide

Speaking to anyone touched by mental illness, suicide or grief, this is a powerful memoir of suicide and post-traumatic growth. Through her exploration of resilience, forgiveness and compassion, Tara J. Lal hopes to change the public narrative around suicide.

Tara’s childhood was scarred by the debilitating mental illness of her father and by her mother’s death from cancer when she was thirteen. Caught up in grief and despair, Tara and her older brother Adam developed a deep bond, but Adam struggled silently with anxiety and depression. Four years after their mother’s death, he took his own life, while studying at Oxford University. Grief and insecurity threatened to engulf Tara, but eventually she found, within her brother’s diaries, her reason to live.

The story moves from London to Sydney as Tara rebuilds her life, firstly as a physiotherapist and then a firefighter. Through her search for understanding and a powerful dialogue with her brother, Tara finds her strength and a way to move beyond her past, to build a life of compassion, meaning and purpose.

Trained in suicide prevention and using her PhD studies to investigate the impact of suicide on firefighters, Tara hopes that her story will bring hope to those facing their own struggles with grief, trauma or mental ill health, and inspire people to use their greatest challenges to help them grow and lead a more meaningful, fulfilled and engaged life.

‘A deeply affecting memoir … [this] courageous book tracks the nature and processes of destruction, but more than this, the crucial reconstructions that can follow.’ – Alex Garland, director of Ex Machina and author of The Beach