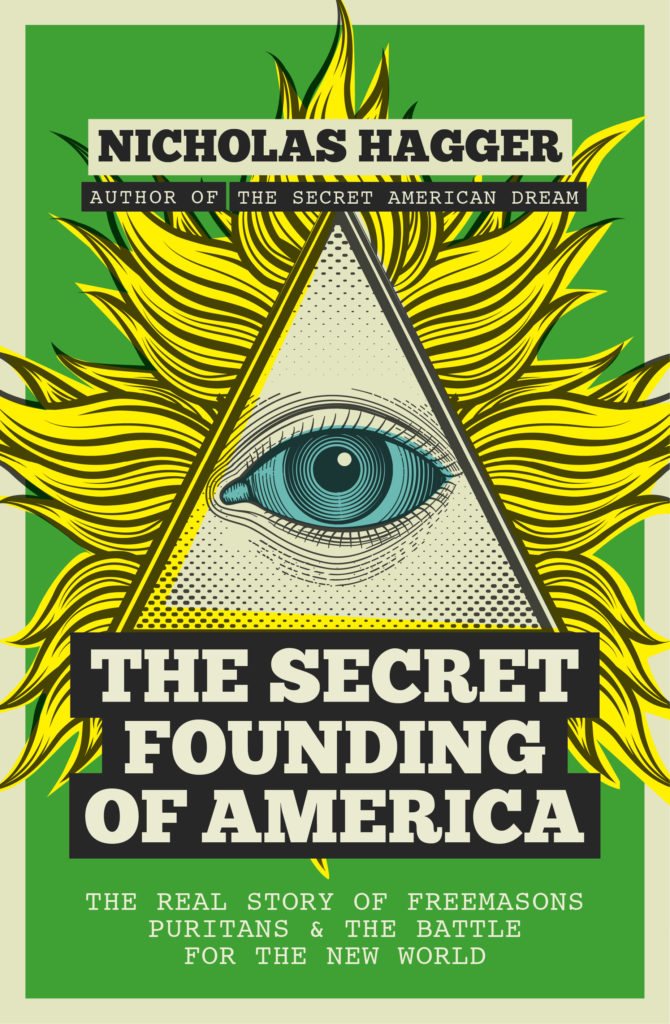 The Real Story of Freemasons, Puritans & the Battle for the New World.

Dan Brown touches on it in The Lost Symbol but now you can discover the true story of the founding of America, its historical ties to Freemasonry and the battle for the New World.

The widely accepted story of the founding of America is that The Mayflower delivered the first settlers from Plymouth to the New World in 1620. Yet in reality, the Jamestown settlers had already become the first English-speaking outpost thirteen years earlier in 1607. The Secret Founding of America introduces these two groups of founders – the Planting Fathers, who established the earliest settlements along essentially Christian lines, and the Founding Fathers, who unified the colonies with the Declaration of Independence and the Constitution – and it argues that the new nation, conceived in liberty, was the Freemasons’ first step towards a new world order.

Drawing on original findings and an in-depth understanding of the political and philosophical realities of the time, historian Nicholas Hagger charts the connections between Gosnold and Smith, Templars and Jacobites, and secret societies and libertarian ideals. He also explains how the influence of German Illuminati worked on the constructors of the new republic, and shows the hand of Freemasonry at work at every turning point in America’s history, from Civil War to today’s global struggles for democracy.

Nicholas Hagger has lectured at universities in Baghdad, Tokyo and Tripoli (Libya); written for the London Times; and written more than 20 books of history, literature and philosophy, including a study of the founding, rise and fall of civilisations. He has appeared frequently on television and radio and in newspapers, speaking on the founding of America. For seven years he owned the house in Suffolk where the Jamestown settlement is thought to have been planned.