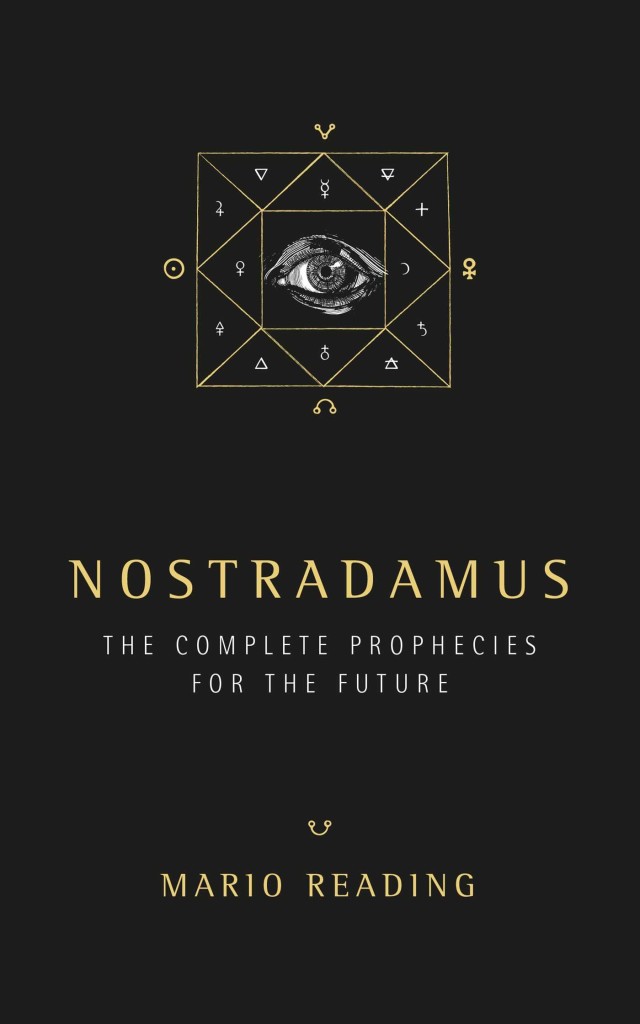 A revised edition of this internationally bestselling selection of Nostradamus’s most relevant prophecies, updated to include brand-new author commentaries on the prophecies that have come to pass since first publication.  This is the only Nostradamus book on the market that deals exclusively with future prophecies, written by the only person to have decoded Nostradamus’s index dates – making him stunningly accurate in his predictions.

Nostradamus predicted the assassination of Benazir Bhutto, the Credit Crunch in 2008 and the floods in New Orleans, as well as the Iraq war, the Twin Towers disaster and the devastating Boxing Day tsunami of 2004 – and he foretold the future for decades to come.

In this book, Mario Reading presents Nostradamus in an entirely new light – he has prepared new groundbreaking translations of all Nostradamus’s quatrains that deal specifically with the future, with new, sharp and knowledgeable commentaries. His startling discovery of Nostradamus’s dating system allows him to date the prophecies, and his translation and insightful interpretations reveal extraordinary and sometimes shocking predictions for the future. These predictions include the demise of the British Monarchy, the break-up of the European Union and Global War.

The greatest diviner and scryer who ever lived, Nostradamus was born in December 1503 in Provence, France. His prophecies have been continuously in print since his death on 2nd July 1566, an event that he accurately foretold on the night before it happened.

About Mario: Mario Reading has established a reputation as an original and ground-breaking expert on Nostradamus. He is author of the bestselling Nostradamus: The Complete Prophecies for the Future and Nostradamus: The Good News and has translated and written the ultimate collection of Nostradamus’s prophecies in The Complete Nostradamus. His Nostradamus Trilogy – thrillers based on the theme of Nostradamus’s 58 missing prophecies – is an international bestseller, with rights sold in 38 countries. He has appeared in several television programmes on Nostradamus for The Discovery Channel, the National Geographic Channel and the History Channel, and has been voted into the Top 100 Spiritually Influential Living People by Mind, Body, Spirit magazine.