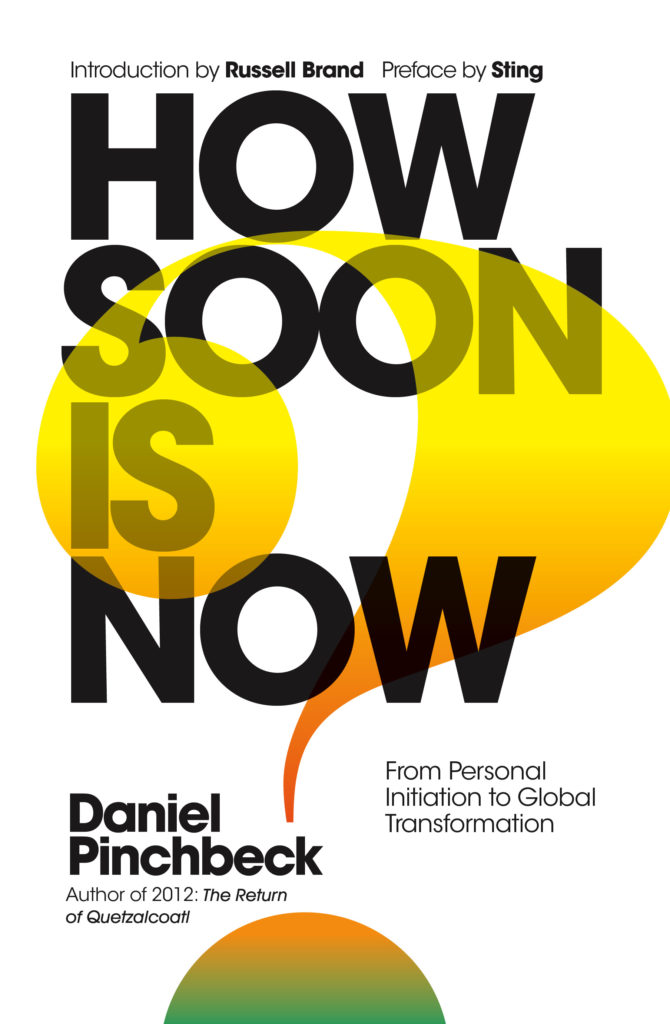 How Soon is Now? (ebook)

From Personal Initiation to Global Transformation.

Drawing on a huge range of resources and references Daniel Pinchbeck presents a compelling argument for the need for change on a global basis – it is only when we see ourselves as one planetary tribe that this change can occur. The central thesis is that humanity has self-willed the ecological crisis in order to bring about the necessary conditions for transcendence of our current state of being, by undergoing an initiatory ordeal on a planetary scale. This collective ordeal is necessary for us to evolve from one state of being – our current level of consciousness – to the next. By passing through this initiation we realize ourselves as one unified being, a planetary super-organism in a symbiotic relationship with the Earth’s ecology and the entire web of life. Covering everything from energy and agriculture, to culture, politics, media and ideology, Pinchbeck’s book is ultimately about the nature of the human soul and the future of our current world. He calls for an intentional and consciously designed metamorphosis of our current systems, which transform capitalist and exclusive structures into participatory, democratic, and inclusive ones, based on an integration of Eastern metaphysics, social ecology, and radical political thought. “How Soon is Now? gives us the context we need to understand the chaos and turbulence of our times.” – Sting

Daniel Pinchbeck is the author of Breaking Open the Head (Broadway Books, 2002),2012: The Return of Quetzalcoatl (Tarcher/Penguin, 2006), and Notes from the Edge Times(Tarcher/Penguin, 2010). He is the founder of the think tank, Center for Planetary Culture which produced the Regenerative Society Wiki and his essays and articles have been featured in The New York Times Magazine, Esquire, Rolling Stone, ArtForum, The New York Times Book Review, The Village Voice, Dazed and Confused and many other publications. In 2007, Daniel launched the web magazine Reality Sandwich and co-founded Evolver.net. Evolver currently includes Evolver Learning Labs, a webinar platform, and The Alchemist’s Kitchen, for online retail. Daniel also edited the publishing imprint, Evolver Editions with North Atlantic Books. He is featured in the 2010 documentary, 2012: Time for Change directed by Joao Amorim and produced by Mangusta Films. He hosted the talk show, Mindshift.net, for GaiamTV.