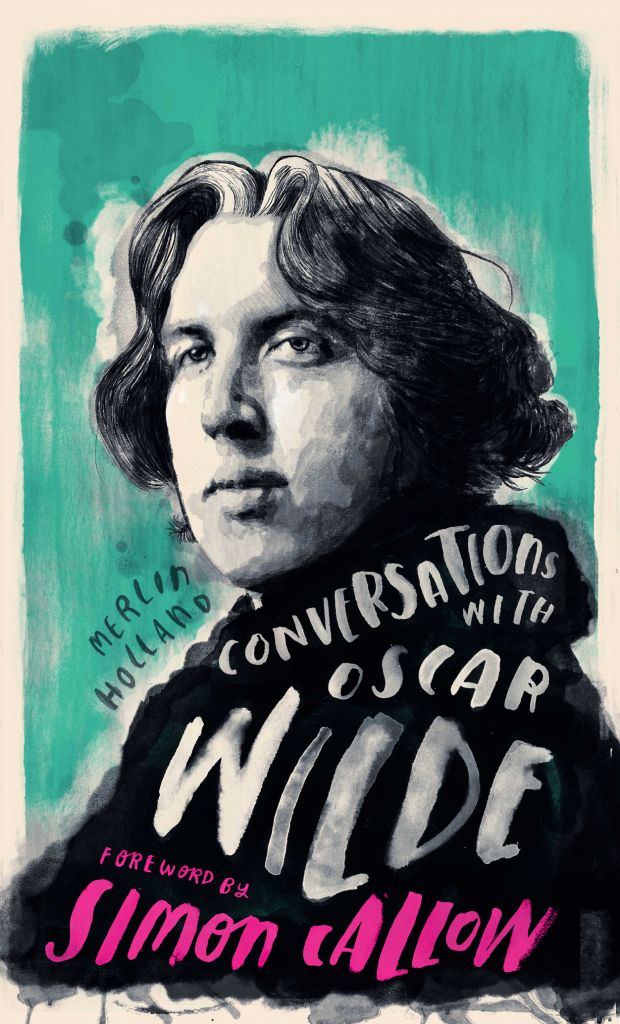 Imagined by Oscar Wilde’s own grandson, this fictionalised conversation presents the essential biography of the poet, playwright and gay martyr.

Renowned for his endlessly quotable pronouncements, Oscar Wilde cut a dashing figure in late Victorian London … until his tragic downfall resulting from an ill-judged libel action. We remember him not only for his famous trial and imprisonment, but also for a “devil’s dictionary” of timeless aphorisms and for the enduring brilliance of plays such as The Importance of Being Earnest.

Merlin Holland expertly traces the arc of his illustrious ancestor’s life, from his birth in Dublin in 1854 as Oscar Fingal O’Flahertie Wills Wilde, to a brilliant career at Oxford University where his reputation for dandyish wit was first honed, through to his conquest of the drawing rooms and theatres of fashionable London, culminating in disgrace and imprisonment at the hands of the Marquess of Queensberry in the most notorious libel trial in English history. Wilde died in penury and obscurity in 1900, yet his reputation today has never been greater.

This engaging and innovative short book features a concise biographical essay on Wilde’s meteoric career, followed by a Q&A interview based on Wilde’s own words and Merlin Holland’s unrivalled knowledge of his grandfather’s life, work and puckish observations. This sparkling biography does full justice to Oscar Wilde’s writerly genius and irrepressible humanity. It offers readers a renewed appreciation for a man who at times scandalised his era as much as he delights our own.