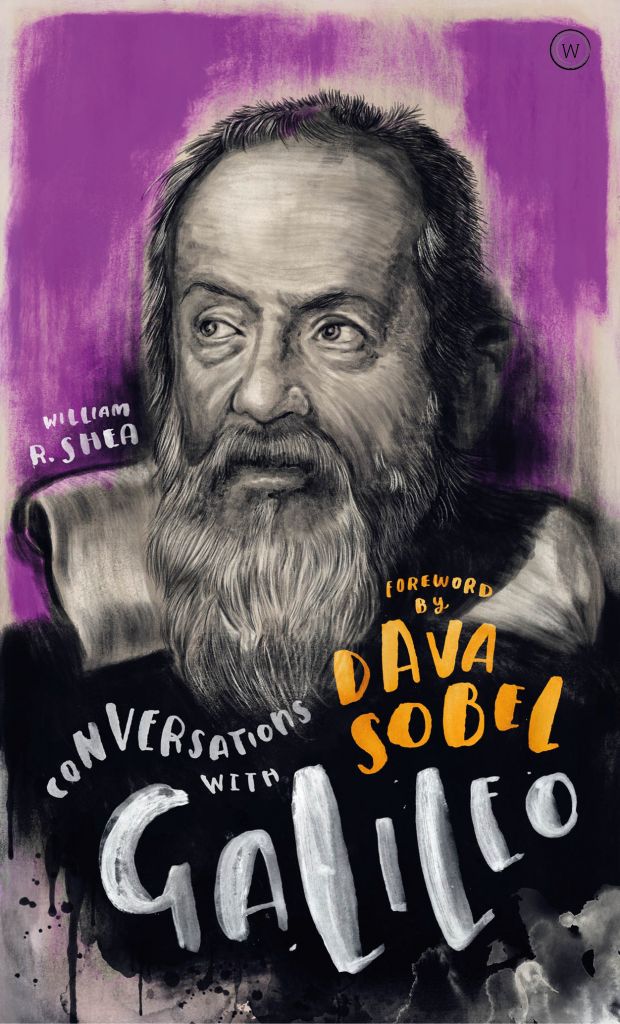 Imagined by a renowned cosmologist who holds an academic post at Galileo’s old university, this fictionalised conversation presents the essential biography of a man who transformed our view of the universe.

When Galileo Galilei pointed his telescope to the skies, he ushered in a scientific revolution: the Moon turned out to be covered with mountains and craters, stars popped out of nowhere, and four satellites were found to be orbiting Jupiter. His discovery of the phases of Venus in 1610 forever shattered the notion that the Sun orbited the Earth and transformed humanity’s sense of itself and its place in the cosmos. It also contributed to the demise of the idea that knowledge about the world was to be found in ancient texts or supernatural authority.

Eavesdrop on an enlightening conversation, and make your own discoveries – about Galileo’s life in the Medici court, his love of wine and women, and how he came to spend his last eight years under house arrest.