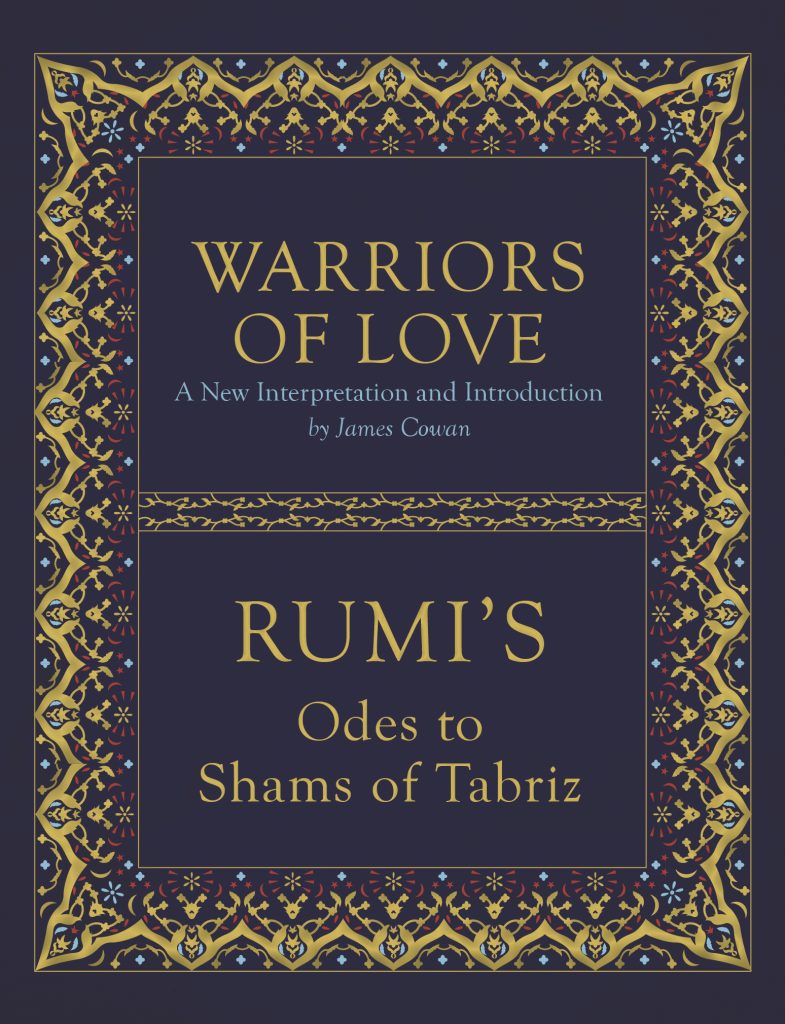 Rumi’s Odes to Shams of Tabriz.

In 1244 a man wrapped in a coarse black coat entered Konya and so into the life of Islam’s most celebrated poet and mystic: Mevlana Jalaluddin Rumi.

A wanderer and spiritual vagabond, Shams of Tabriz proceeded to wrestle with Rumi’s soul. What he wanted from his protégé was for him to embody a wilder, more robust spirituality that would enable him to embrace life’s rawness more completely than any saint had done in the past.

Warriors of Love gives a fresh interpretation of a selection of 49 poems which were written by Rumi as metaphors for his love for God as well as for his friend Shams, the Wild One. This essential volume also includes a long introduction on the life and times of Rumi and his friendship with Shams, the historical facts of their encounter, Sufism, the Mevlevi Order of Dervishes, the new dimension that Shams brought to Islamic spirituality and the importance of friendship as a true path to God.