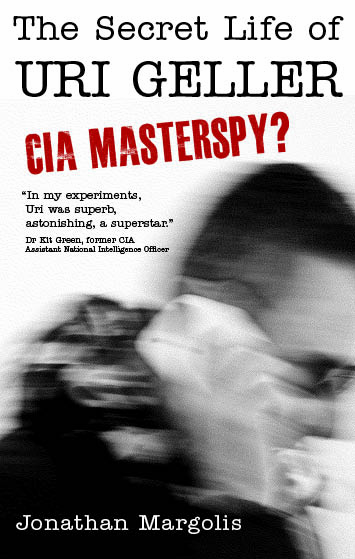 The Secret Life of Uri Geller

Was a controversial psychic the West’s secret weapon in the Cold War superpower mind games of the 1970s? For forty years Uri Geller has been regarded as a show business character, perhaps even a charlatan. But compelling evidence coming to light from declassified documents, from a former senior CIA official and scientists who worked for the Agency suggests he was ‘the real thing’ – exhaustively tested and validated by some of the world’s leading scientific minds.

Geller’s proven powers led him to be given secret espionage tasks by elements within more than one government intelligence agency. Investigating and activating Geller’s bizarre, X-Files-type phenomena was to seriously disturb many scientists who worked with him, turning their rational belief system upside down, forcing them to re-evaluate parapsychology.

In The Secret Life of Uri Geller, Jonathan Margolis recounts some of the strangest episodes of our times – and reveals how Geller may still be regarded by intelligence agencies as an asset in the ‘War on Terror’.

Jonathan Margolis is a contributing editor for FT magazines, a regular writer for the Observer, the Guardian, the Daily Mail and a former TIME magazine contributor. He is the author of several bestselling biographies, and his history of the orgasm, O, was a bestseller in twenty countries.