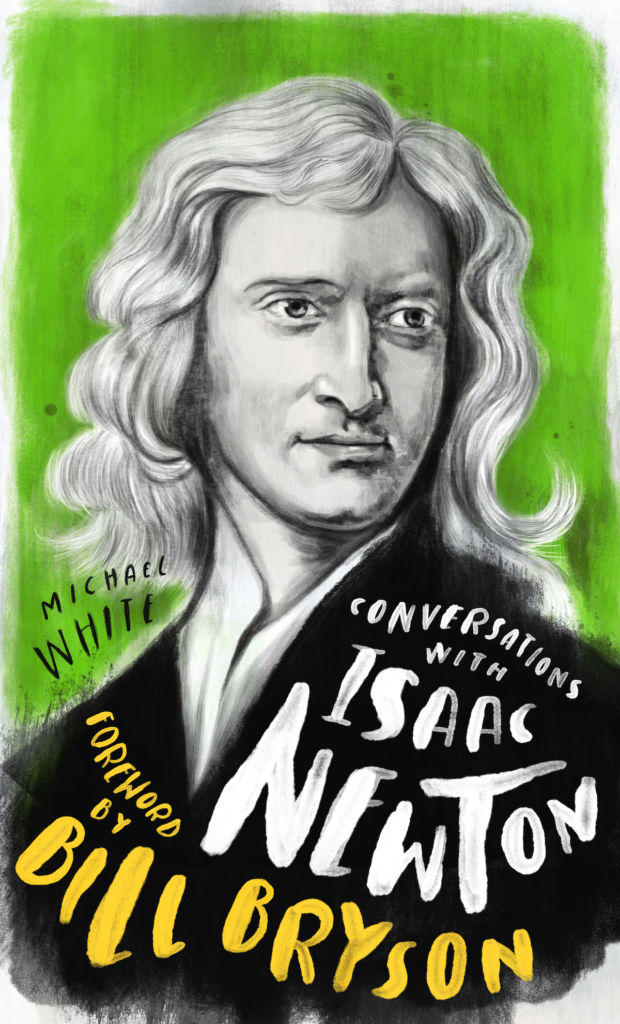 Imagined by one of the world’s foremost Newton scholars, this fictionalized conversation presents the essential biography of one of the greatest scientific minds of all time

Isaac Newton’s influence on our world is immense. He formulated the theory of gravity, devised a radical new theory of light and created a calculus that would revolutionize mathematics. His theory of matter in motion sparked the Industrial Revolution. But there was far more to Newton even than these great discoveries.

Opening with an informative foreword by the bestselling author of The Body Bill Bryson, the book is then divided into two parts: a biographical essay that provides a concise overview of Newton’s life, upbringing, education and achievements; and a Q&A dialogue based on rigorous research and incorporating Newton’s actual spoken or written words whenever possible. Biographer Michael White brings Newton to life through detailed research and giving Newton a free voice to tell you about his unorthodox upbringing, his eminent political career, his bitter feuds with rivals and his secret explorations of the occult.