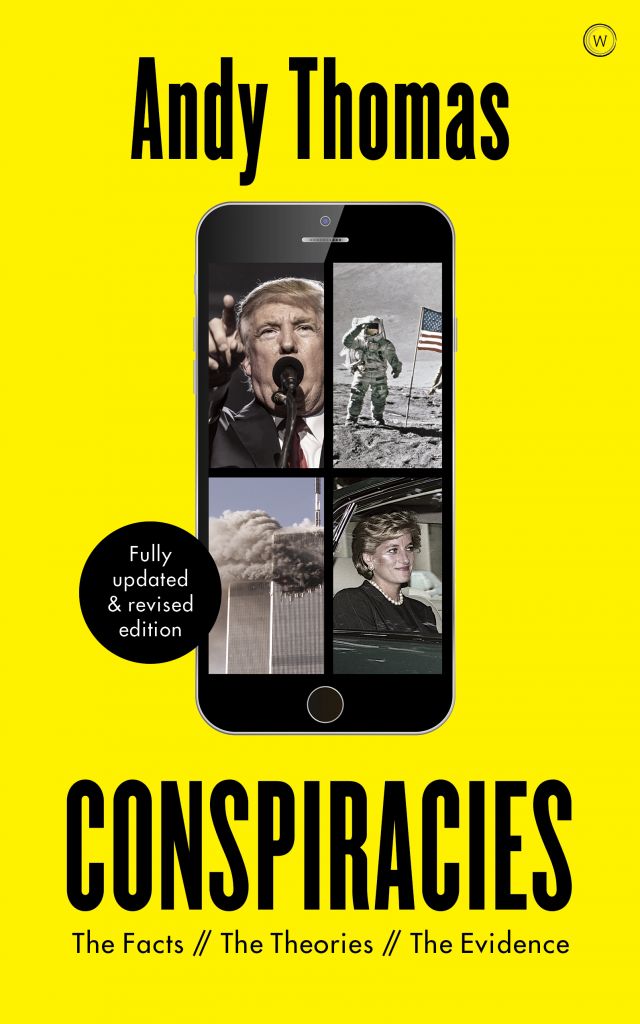 A new edition of THE book on conspiracy theories, now fully updated to include fake news, post-truth issues, pro- and anti-Donald Trump theories, Edward Snowden’s surveillance revelations and much more.

Fascination with conspiracies is massive right now, especially since the rise of Donald Trump, who is both the subject of many conspiracy theories and also the purveyor of them. New theories appear on social media on a near-daily basis, and with continual claims and counter-claims about fake news, it’s hard to know what to believe. To help clear up the confusion, here is a new edition of the most balanced and informed book on the topic, now updated with all the latest events, including pro- and anti-Trump theories, Edward Snowden’s mass-surveillance claims, post-truth issues, and much more.

In this outstanding guide to conspiracies, researcher Andy Thomas looks at all the major theories, from the Roman Empire to the present day, exploring the social and psychological factors that have prompted them to spread. The accounts are stripped of unfounded opinion and presented factually, dramatically highlighting the core issues. Are we really under everyday mass-surveillance, as Edward Snowden claims? Is the rise of Donald Trump and global populism a genuine movement of the people or a manipulated social control experiment? Is there a secret governing elite ruling from the shadows, using fear and economic manipulation to create a network of global superstates? Could the attacks of 9/11 have been engineered by agencies within the USA itself? Andy Thomas invites you to read accounts and analyses of these and many other issues, to consider the facts and decide for yourself.