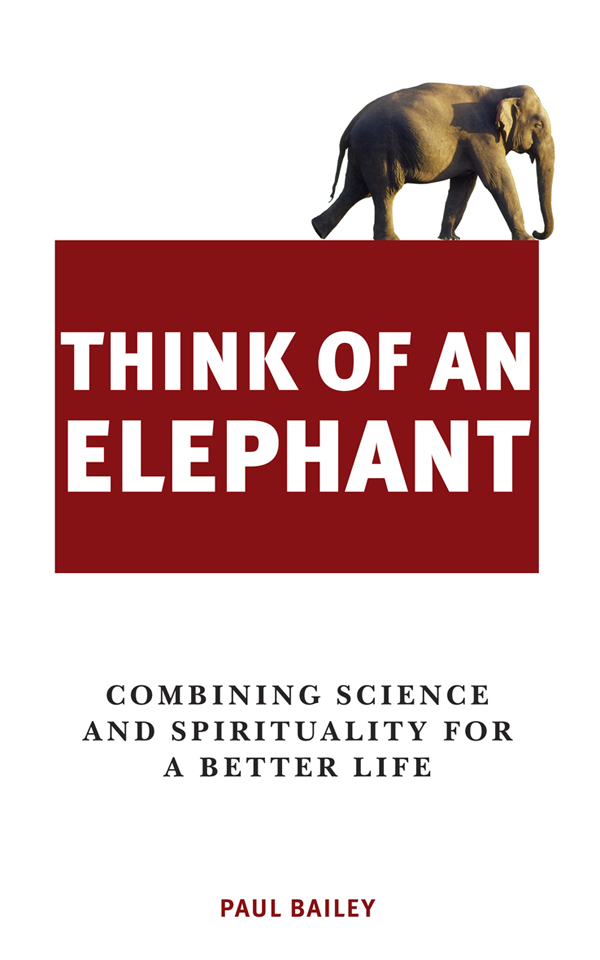 Think of an Elephant

Combining science and spirituality to reveal the true nature of the universe – this book will change perceptions, inspire mind-shifts and alter the way we see the world, forever

When scientists were asked to think of an elephant being sucked into a black-hole in order to solve the ongoing problem of where its matter would go, they made the ground-breaking discovery that its fate would differ depending on the position you were watching from.  Now Paul Bailey shows that by taking a different view of the nature of the universe you can see so much more than you originally thought possible.

By linking the apparently unrelated fields of quantum physics, holistic health, cosmology, theology, neuroscience, evolutionary theory, and consciousness studies, Paul Bailey has discovered that each is a facet of a greater, unified reality – that science and spirituality are two sides of the same coin. Once we come to this understanding of the true nature of the universe, we can see where we fit into it all, how we each affect everyone and everything around us—and how we can make a significant difference. This is the key to taking personal responsibility for change and ultimately to finding lasting happiness and fulfilment.