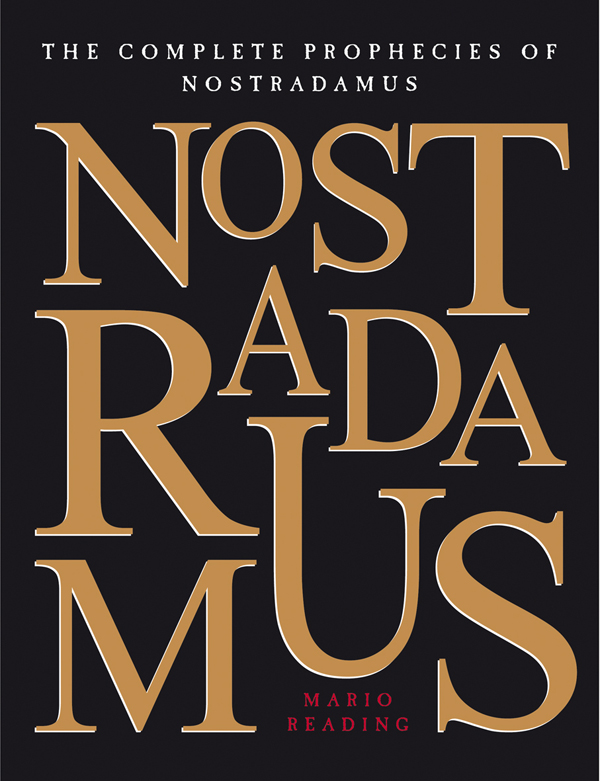 The Complete Prophecies of Nostradamus

This book resolves the last great mystery of Nostradamus. While the Prophecies have transfixed us for centuries a crucial question has lingered. Why did the seer not declare the dates on which his predictions would come about?

The Complete Prophecies of Nostradamus has the answer. There has been no such concealment. Nostradamus gave to each of his prophetic verses, ten volumes of 100 each, an index number. And as Mario Reading reveals in this ground-breaking new analysis, these numbers are the true key to the years of the prophecies’ fulfilment.