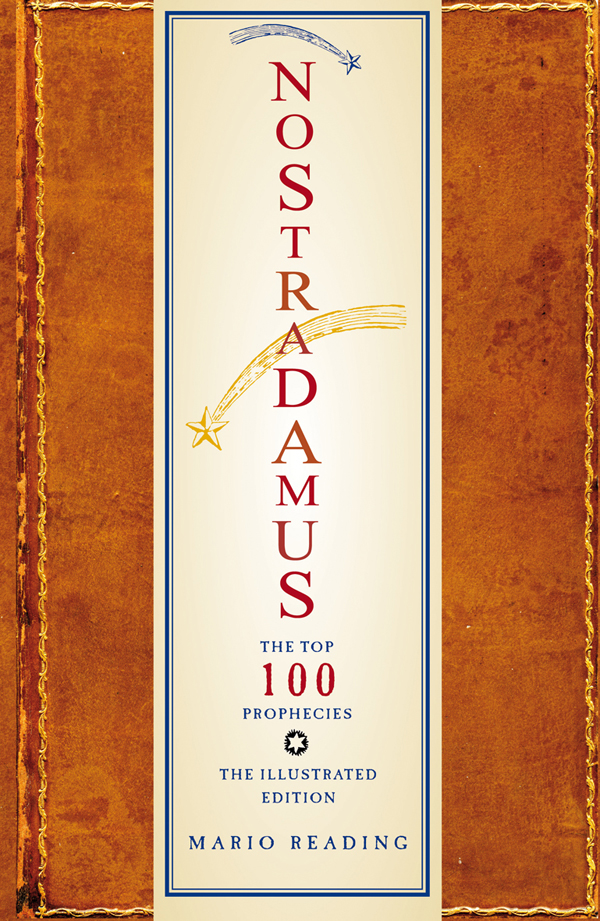 An illustrated collection of the top 100 prophecies from the greatest, most famous, visionary in history, translated and interpreted by the world’s foremost scholar on Nostradamus

For thousands of years humans have been seduced by the messianic and the mystical, entranced by those individuals said to have the gift of foresight – and the name that stands out above all others is that of the 16th-century French apothecary, Nostradamus (1503–1566). A prolific writer of occult almanacs, his most famous work remains his Centuries – 942 gnomic verses, known as quatrains, that have intrigued people for nearly half a millennium.

From the Great Plague of London in 1665–1666 to the Fall of the Third Reich in 1945, the Gulf War in 1990 to the World Financial Crisis of 2007, this compelling collection is an amazing list of some of history’s greatest moments – each foretold by the greatest oracle of all time – as well as events that have not yet happened.

Nostradamus: The Top 100 Prophecies is a  carefully selected and beautifully illustrated selection of Nostradamus’s greatest quatrains. Arranged in thematic order – with chapters which include Tyrants, Statesmen and Heroes; Assassinations and Purges; and Disaster and Destruction, each quatrain is presented in French translated insightfully into modern English and accompanied by an incisive commentary. The evocative illustrations include superb commissioned artwork in a highly original and appealing style.