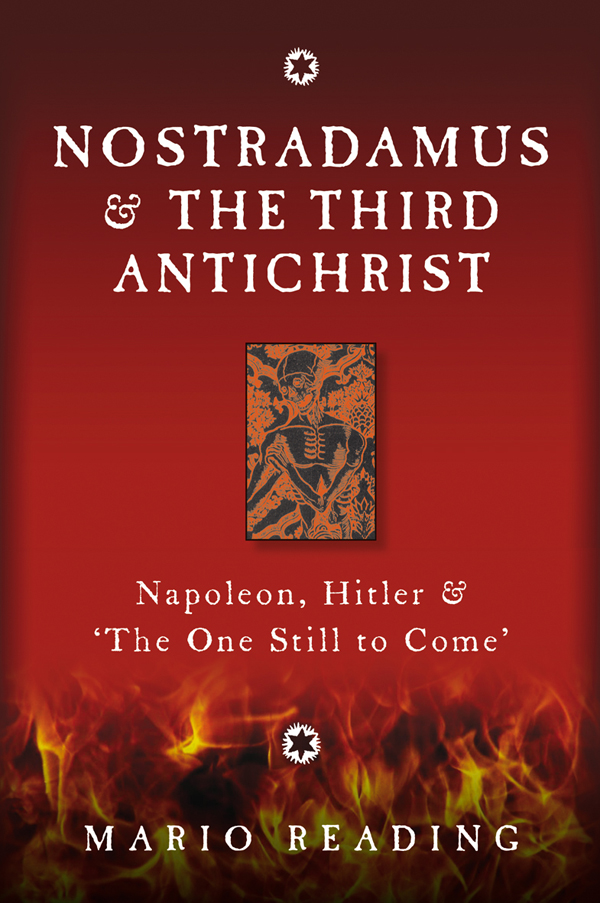 Nostradamus is widely believed to have predicted the rise of Napoleon and Hitler – he also foresaw the coming of a third such Antichrist. In this revelatory new book, renowned Nostradamus scholar Mario Reading delves into the quatrains relating to this figure and reveals who the third Antichrist could be and when he will rise.

Although many people know that Nostradamus prophesied the coming of the three Antichrists allegedly foretold in St John’s Epistles (and also, in the guise of the Beast, the Dragon, the False Prophet, and the Whore of Babylon, in Revelation), they don’t know who the first two Antichrists were, nor who the third will be when his time comes. This book will answer those questions.