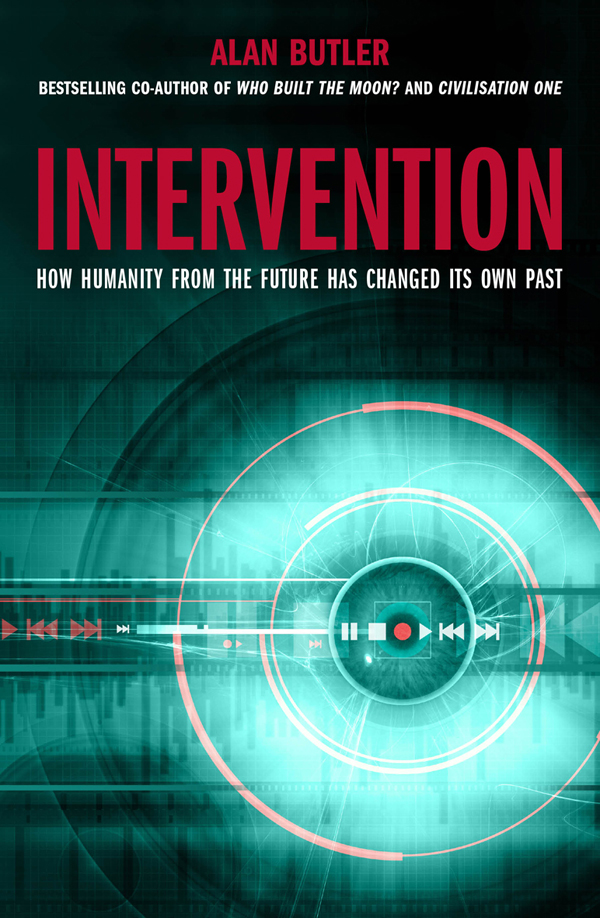 Everyone who thought time travel was pure fantasy or abstract theory will now have to think again, as this amazing book demonstrates that humankind’s origins, evolution and historical turning-points have been planned in the future – follow Alan Butler as he persuades us that without the reality of time travel we would not be as we are today

Many key events in the history of humankind show evidence of having been intended by human beings from the future, who took specific actions that would steer the world in a particular direction. Time travellers – some of them anonymous, some celebrated in history – have made alterations to our planetary and global environment (the creation of the Moon, the extinction of the dinosaurs) that were necessary to allow us to exist and to develop as an intelligent species. They have also left us markers that show what steps we need to take to progress further. All these interventions were placed retroactively within the ‘timeline’ for future generations, not for those immediately affected.

But the most spectacular revelation lies in our future. By looking at the mathematics underlying many of the inventions, we discover, with unexpected precision, when our first contact with our future selves will happen. This will occur within the lifetime of most readers of this extraordinary book.