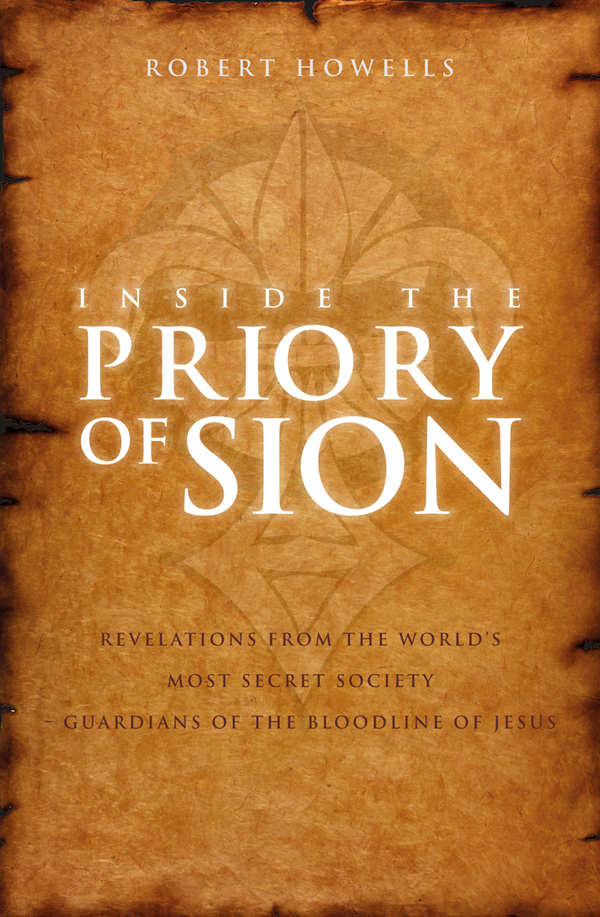 Inside the Priory of Sion (eBook)

For years they have hidden in the shadows, lurking behind other secret societies … until now! In this revelatory new book, inside sources from the Priory of Sion give Robert Howells exclusive access to some of their best-kept secrets

Thirty years ago the mysterious Priory of Sion revealed to the world that Jesus and Mary Magdalene were married and created a bloodline of descendants. Since then the Priory has remained silent… until now.

In this book the Priory of Sion has a last chosen to reveal its secrets. Supported by exclusive interviews with Priory members as well as historical sources, Inside the Priory of Sion proves he existence of an ‘underground stream’ of secret knowledge and wisdom, accessible only to adepts, that flows through history. Clues to this knowledge lie hidden in symbolism found in tombs, temples, churches, manuscripts and paintings by the Old Masters.

This book reveals that The Priory of Sion is releasing this information into the public domain not for its own purposes but to prepare the world for a catastrophe of global proportions. This apocalyptic event, foretold in the book of Revelation, culminates in a Second Coming – the emergence of a world saviour figure belonging to the bloodline of Christ. In making this knowledge public, the Priory faces great risks from those who do not want this sensational information to come to light. In the past, people who have sought to reveal the truth have faced persecution… and even death.

This book takes the reader into the heart of a mystery, on an adventure through secret societies, religious heresy, alternative history and the esoteric arts. In the process we come to understand the nature of the future cataclysm and the Second Coming.