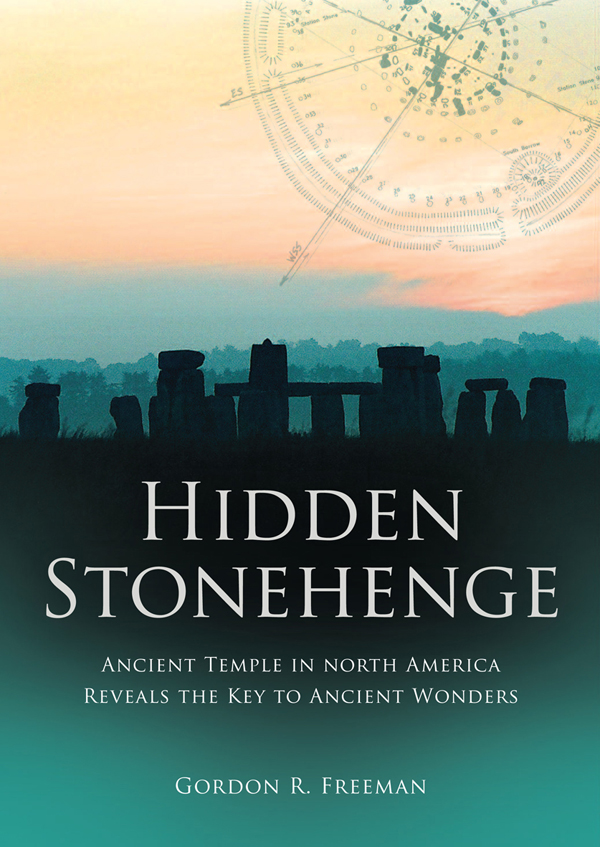 An exciting archaeological detective story – tracing connections between a 5,200-year-old sun temple in Alberta, Canada, and the famous prehistoric ‘time machine’ at Stonehenge, half a world away, leads to amazing discoveries about a lost calendar

Hidden Stonehenge is a remarkable chronicle of one man’s drive and determination to uncover the mystery of Canada’s Stonehenge in the remote plains of southern Alberta, abandoned centuries ago and largely forgotten ever since. Astonishingly, it not only predates England’s Stonehenge by about 800 years but also predates Egypt’s pyramids. It has been proven that the calendar its design encapsulates is slightly more accurate than the Gregorian calendar currently used internationally.

The author, Gordon Freeman, discovered the extensive Sun Temple more than twenty years ago, and he has dedicated almost the same number of years to unravelling its meaning. At the heart of his book is a detailed comparison betweent the Sun Temple and Stonehenge. He reveals that 5,000 years ago Britons and Plains Indians made precise astronomical observations at these two sites halfway around the world from each another at nearly the same latitude. These similarities make us think again about the supposedly ‘primitive’ nature of prehistoric peoples’ understanding of the cosmos.