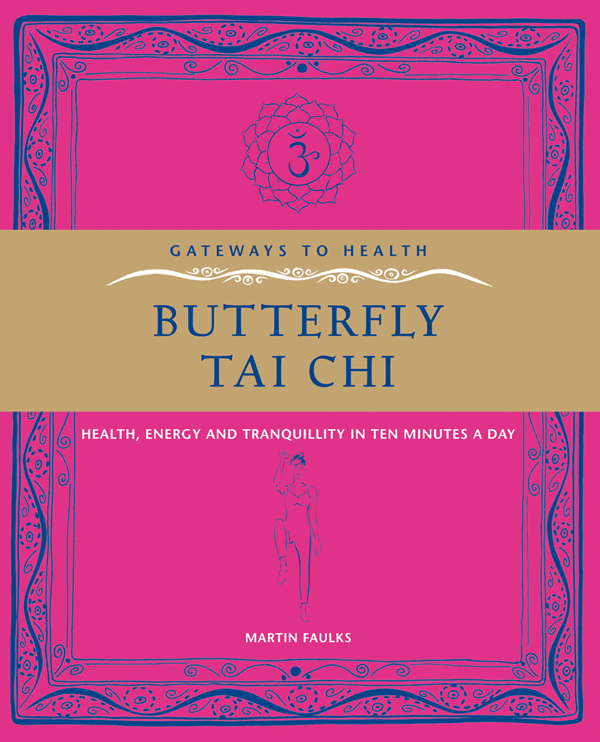 Take just ten minutes out of your day to practise the seven simple, elegant movements that form the routine of Butterfly Tai Chi, and you’ll feel healthier and more energized

Martin Faulks was inspired by observing butterflies to develop a system of Tai Chi that could be performed in a limited space and within a relatively short time – a form that would involve virtually no movement while maintaining the flow of internal energy. ‘I watched a butterfly beating its wings to warm itself and it dawned on me that this was the only animal I had ever seen doing what appeared to be exercise on one spot – the butterfly was stationary, but inside its blood was circulating through its whole being. I then realized that if the Tai Chi practitioner was to be stationary, somehow the flow had to happened inside him.’

So he designed Tai Chi movements that naturally enhance the Qi flow in the order dictated by Chinese medicine – which is why the Butterfly Tai Chi routine is so effective. It can be used to treat a wide variety of illnesses, but its real power is in preventing illness.