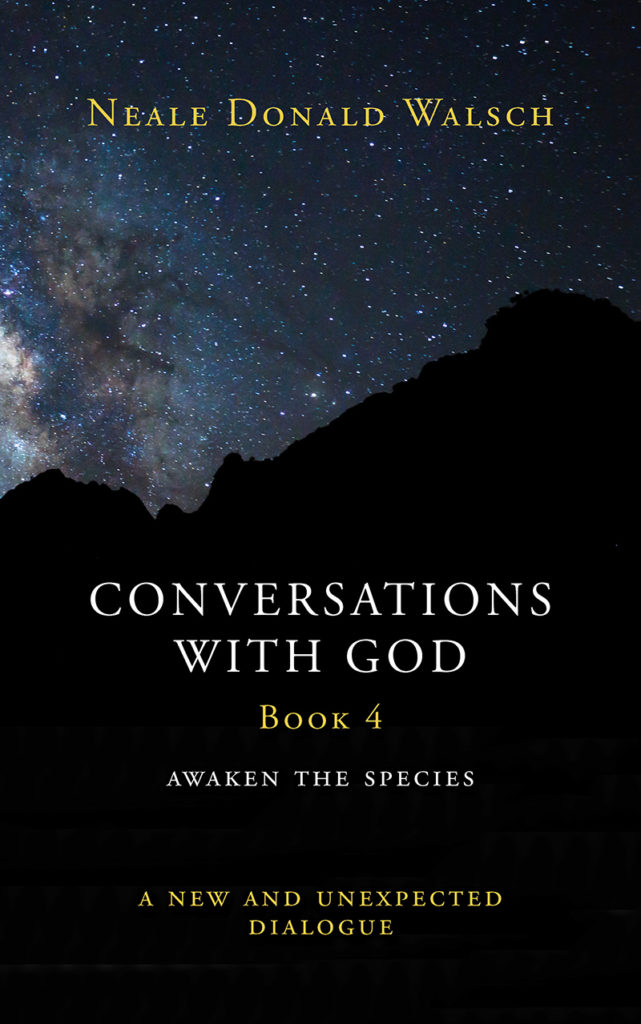 Awaken the Species, A New and Unexpected Dialogue.

In the middle of the night on 2nd August 2016 Neale Donald Walsch found himself drawn into a new and totally unexpected dialogue with God in which he suddenly faced two questions: Is the human race being offered help by Highly Evolved Beings from Another Dimension? Is there a key role that humans are being invited to play in advancing their own evolution by joining in a mutual mission to assist the planet during the critical times ahead? He was told the answer to both questions is yes. Then he was given 16 specific examples of how Highly Evolved Beings respond to life differently than humans and how adopting even a few of those behaviours could forever change the course of world history for the better. That information makes up the body of this work. A striking invitation to every reader sets the stage for the extraordinary explorations that follow. This book will breathtakingly expand your view of both your personal and our collective future.

Neale Donald Walsch is the author of ten books in the Conversations with God series, which have sold over ten million copies in 37 languages.He is one of the major authors in the new spirituality movement, having written 28 other books, with eight books on the New York Times bestseller list.His life and work have helped to create and sustain a worldwide spiritual renaissance, and he travels globally to bring the uplifting message of the CwG books to people everywhere.