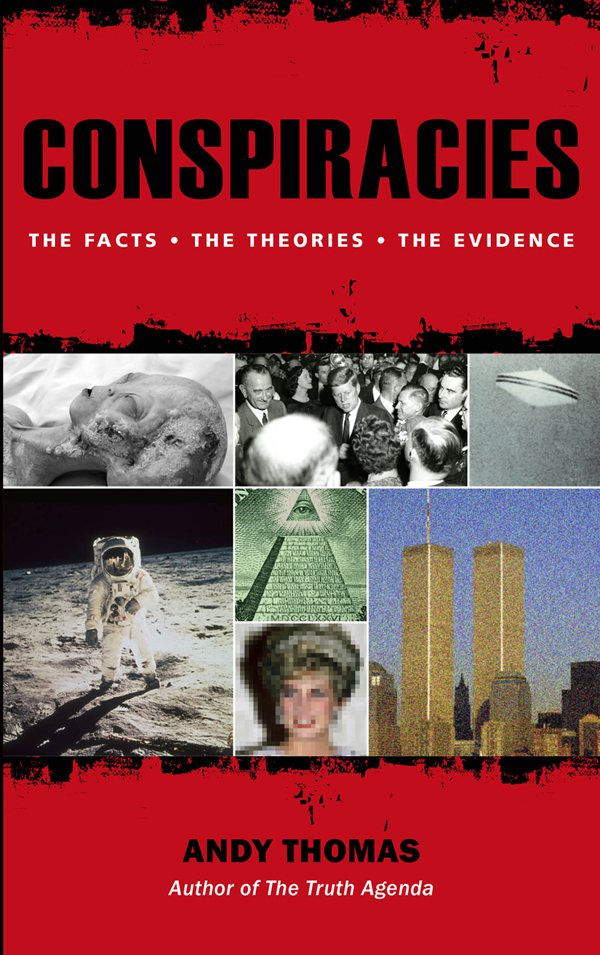 Here is an opportunity to sift through some of the intriguing, baffling, sometimes gruesome and often shocking possibilities presented by conspiracies. It goes to some shadowy places at times, but it is worth the journey…

At any time in our history, you will find significant and seemingly indisputable events occurring, the kind that can change the course of our lives. Yet for every one of them, somebody, somewhere will loudly dispute the ‘official’ account, doubting that the truth has been told. In today’s environment, with trust in authorities at an all-time low, conspiracy theories have found a new currency, and websites and social networking ensure they receive a wider and more rapid spread than ever before. But how do we separate truth from imagination? Was Princess Diana murdered, as many people think, despite all the official denials? Did NASA really go to the Moon, when anomalies in the photographic record suggest otherwise? Could 9/11 really have been set up by agencies within the USA itself?

The author opens the conspiracy casebook by examining the mindset of those who believe in conspiracies, and considers whether the dismissive attitude towards them has been fair. Part Two looks into history to establish that conspiracies do occur, credibility should therefore be given to belief in some of the alleged plots and cover-ups of today. This leads into a well-argued examination of some of the most popular conspiracies of our times, including theories over assassinations, UFO cover-ups, and widely voiced concerns over 9/11 and the ‘New World Order’. Part Three draws the conclusion that while not all conspiracy theories can be proven, they do at least draw attention to paths not to take, and can be valuable in helping to create a better world where new trust and hope can be forged.

Are we living in a world of control, of oppression, of habitual deception? Is this really how things are, or simply human nature massively distorted through a dark lens? The truth probably lies somewhere in the middle.